2. Why does my water softener not regenerate automatically?
Answer

This is normally down to either a mechanical or electrical fault.
Sometimes a water softener will go through a regeneration cycle.
If for example the injector is blocked on the valve, no brine draw will happen,
This will leave the calcium and magnesium ions on the resin, so producing hard water.

3. What causes our water softener to continually run to the drain?
Answer

This problem can happen if the regeneration cycle does not complete a cycle due to the following factors:-
Depending on what type of water softener you have, Electric or non-electric.

If it is electrical, it could be damaged seals and spacers on Fleck valves, flapper valves stuck or broken on Autotrol valves, Waterside, Aquadial, Tapworks, Eco water softeners all use the rotary valve, the problem is normally down to internal seals letting by. Erie, Permo, Culligan water softeners sometimes have a fault with the solenoid valves not working, and this will cause running water to drain.

5. Water softener salt level does not go down.
Answer
This is a common problem that we come across a lot of times. There could be a blocked brine draw injector, salt sludge in the bottom of the salt tank, leaking resin vessel, leak on the control valve, mechanical problem stopping the valve from operating. Blocked drain outlet hose from the water softener.

6. Water level is too high in the salt tank.
Answer
This problem is also quite common. If the water softener is electrically operated, it could be that when the water softener went through a regeneration cycle in the early hours of the morning, normally 2 am, there might have been a power cut which could have affected the refill time or the brine draw time. Blockage in the brine draw injector, jammed brine valve, faulty drive motor, leaking valve, leaking resin media tank.

8. Regenerates at the wrong time of day
Answer
If you have a water softener that is controlled by a microprocessor, it could be set up to regenerate immediately when the meter zero’s out, if your softener is set up for delayed regeneration, it probably means the clock needs to be reset. Non-electric metered controlled water softener will regenerate any time of day depending on the water softener demand, which is quite normal.

9. Water tastes salty.
Answer
This problem would either be due to the salt setting set to high, insufficient final rinse time, low water pressure, too long a run of the drain hose, control valve malfunction.

10. White spots on glassware and dark surfaces.
Answer
The water softener has not flushed all of the brine salty water out of the resin media before returning back to the service position. No soft water is coming from the softeners machine, resin media is fouled with hard water calcium and magnesium ions. Unit not using any salt, lack of salt in the salt tank.
11. Low water pressure ( low flow rate)
Answer
If water the pressure coming into the house is low, it might be a good idea to get it checked out with your local water supply company. If the water pressure is lower when the water softener is connected, it could be the resin has been affected by chlorine, this makes the resin go very mushy and will drastically reduce the outlet pressure to your hot and cold water services.
12. Kinetico water softener problems meter disc is not turning
Answer
This would be one of the following reasons. Non-conforming meter drive pawl. Meter drive spring installed incorrectly. No back pawl not installed. Damaged tooth on meter disc. Damaged gear in the gearing stack.

13. The Kinetico unit will not go into automatic regeneration
Answer
The water meter disc is not turning. Control disc will not automatically advance out of service position. Damage teeth on control disc.

16. Bridged salt in the brine tank
Answer
The salt has solidified in the tank.

17. When a bypass valve open
Answer
The open bypass valve will allow water to flow around the system without any treatment of water at all. Make sure the bypass valve remains closed if you want to maintain soft water to your property.

18. How to test if a bypass valve is letting by.
Answer
This can be determined by testing the water at a soft water tap. With the water still running, disconnect the brine line at the valve and test the water. Water that tests soft at the brine fitting and hard at the tap indicated a by-pass that is leaking.

21. Resin media bed fouled
Answer
The softener may not be backwashing often enough due to changed water conditions or a selection of hardness settings. If iron is in the water supply it will be necessary to increase the frequency of the regeneration cycles.

22. Drain flow is less than the specifications listed
Answer
Backwash flow control is plugged, the drain line is restricted,

23. No flow to service
Answer
Check mains water pressure is above 1.7 bar. Check inlet and outlet valves are open. Check service outlet valve is open. Check pressure drop across resin, if excessive, resin media might be fouled, or internal blockage.

24. Poor treated water quality
Answer
Check that the bypass valve is closed, Check the salt level in the tank, refill if necessary. Check trickle flow through conventional ball valves in the cold water storage tank. Replace with Torbeck or fluidmaster servo valves. Check injector strainer and injector is not blocked.

26. Unsatisfactory soft water capacity between regenerations
Answer
Check the condition of resin media, it may have become fouled, inhibiting the regeneration process, if fouled. Check if the incoming raw water has high levels of chlorine, if so the resin may be degraded. Check if water pressure is too high, as this may mean the brine draw stage of regeneration is not effective.

29. Control valve does not regenerate automatically when the REGEN button is depressed and held.
Answer
AC Adapter unplugged, No electric power at the outlet, broken drive gear or drive cap assembly, Defective PC board.

Monday 8am to 5pm

Tuesday 8am to 5pm

Wednesday 8am to 5pm

Thurday 8am to 5pm

Friday 8am to 5pm 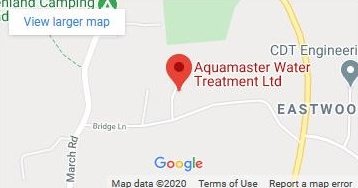